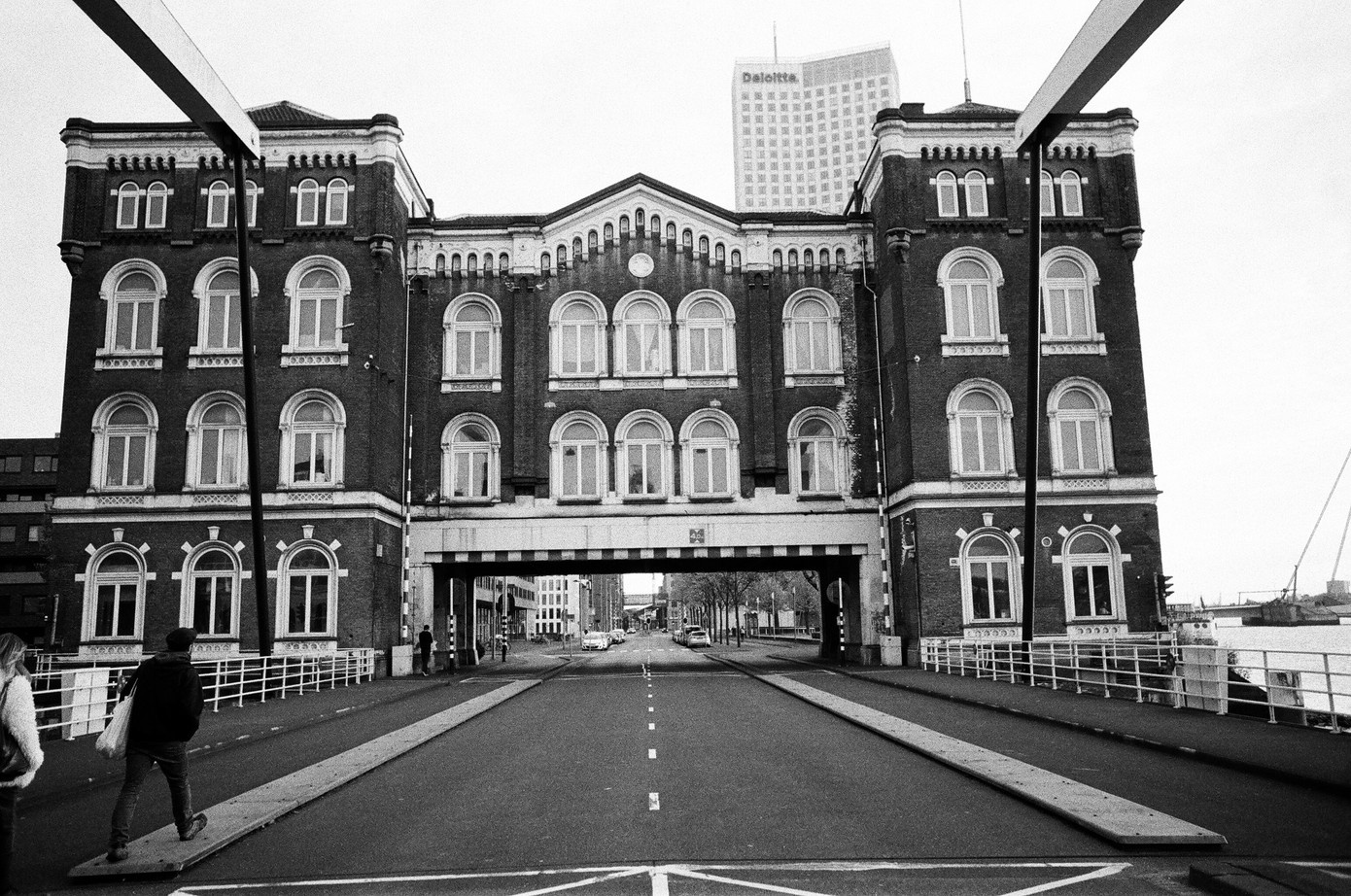 The Autonomous Archive was a collaborative project with Giulia de Giovanelli and Franc Gonzalez. Its goal was to build a local “archival-machine” for the historical living-community Vereniging Poortgebouw, based in Rotterdam. By converting the already extensive paper archive onto a digital system, we aimed to encourage further collaborative collection of materials to maps the legality of the Poortgebouw past, present and future.

The Autonomous Archive is built upon open source software and designed in a way to allow people to interact with the archive and re-activate the documents held within it. It is designed to allow for new interactions and understandings of the archival material, and to develop further outputs.

The final form of this project manifested in a custom built server using parts sourced from within the community, custom build software to add to the archive, as well as a possible example of the how to re-activate its contents. The server is a Linux system running Debian which hosts a Mediawiki which serves as an interface to the documents in the archive only accessible within the Poortgebouw. Documents are entered into the archive through a command line interface on the server itself, which asks the archivist questions about the document being added, such as categories, themes, players involved, and the date. The Autonomous Archive then scans the document, and through Optical Character Recognition (OCR) translates the graphic into editable text, translates it from Dutch to English and uploads it onto the wiki in its various new formats.

As an example of a possible re-activation of the archive, we also developed a way to print a booklet which includes all the content of the wiki. As the Autonomous Archive is only accessible from within the living community, this generated document acted as a way we were able to distribute our ideologies and methodologies employed within the creation and application of the Autonomous Archive.

This project is still alive today, and has since manifested in a Master's project within the Experimental Publishing pathway at the Piet Zwart institute in their 4th Special Issue, and presented again within the Temporary Autonomous Bureau in 2018 at TENT gallery in Rotterdam. 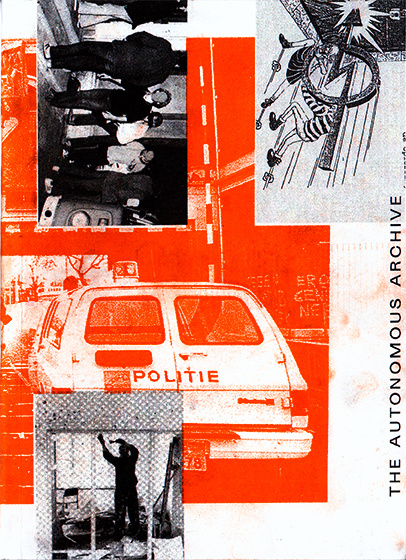 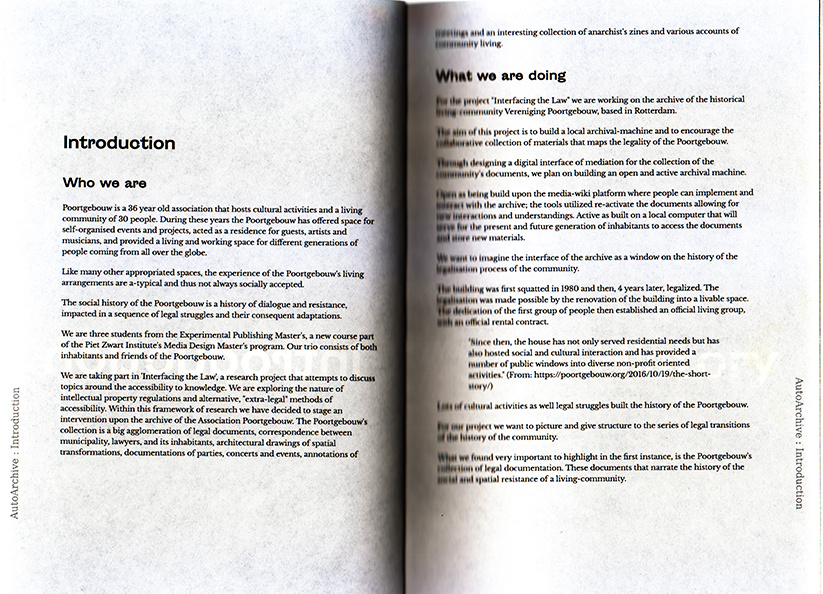 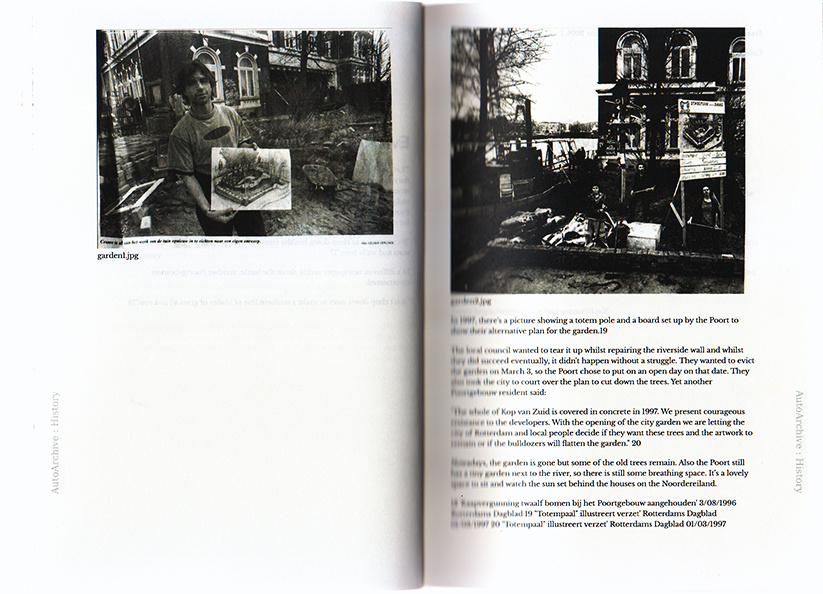 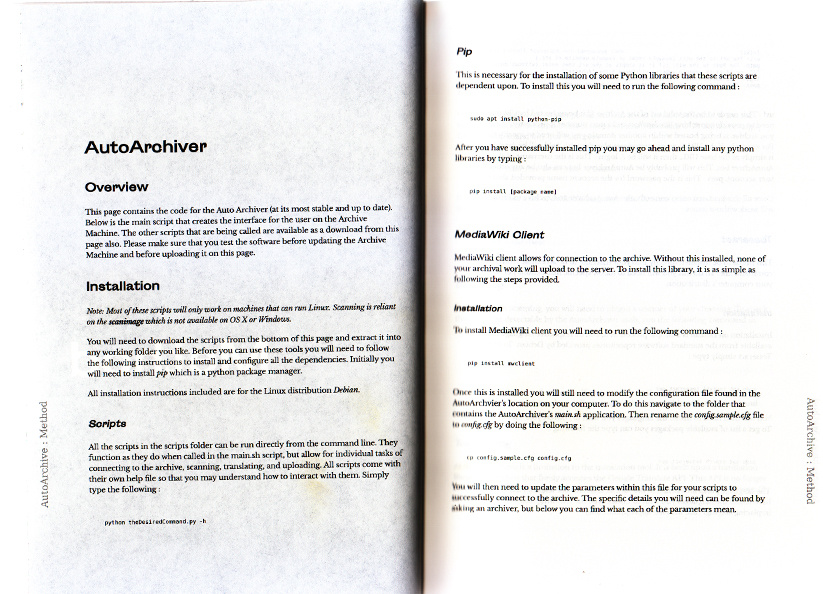 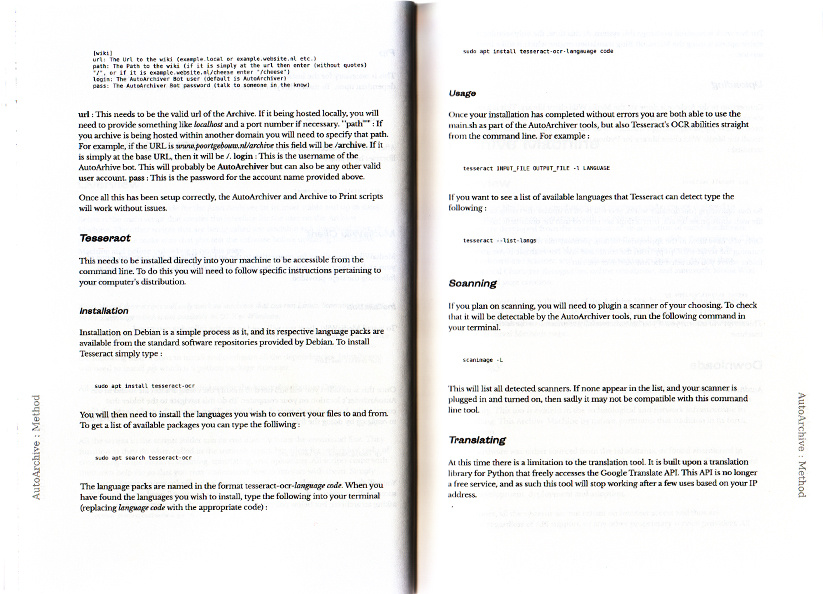 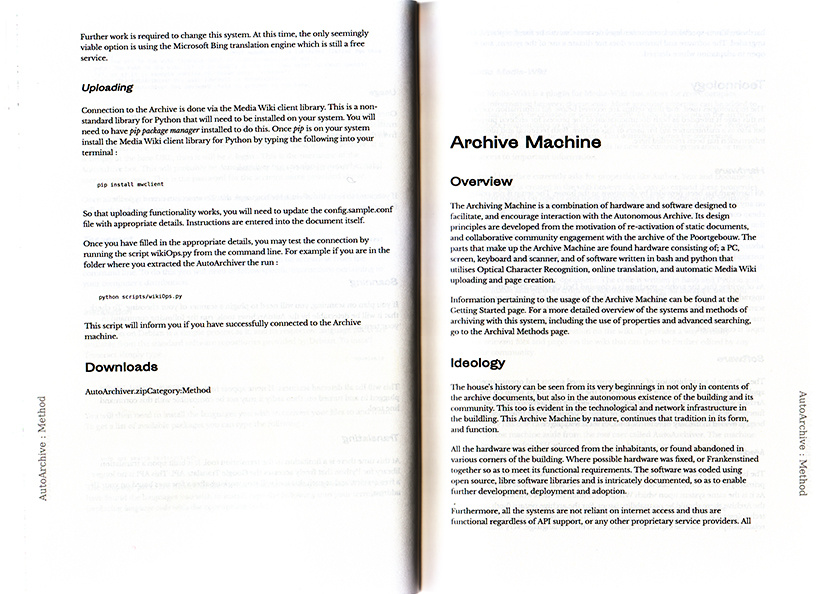 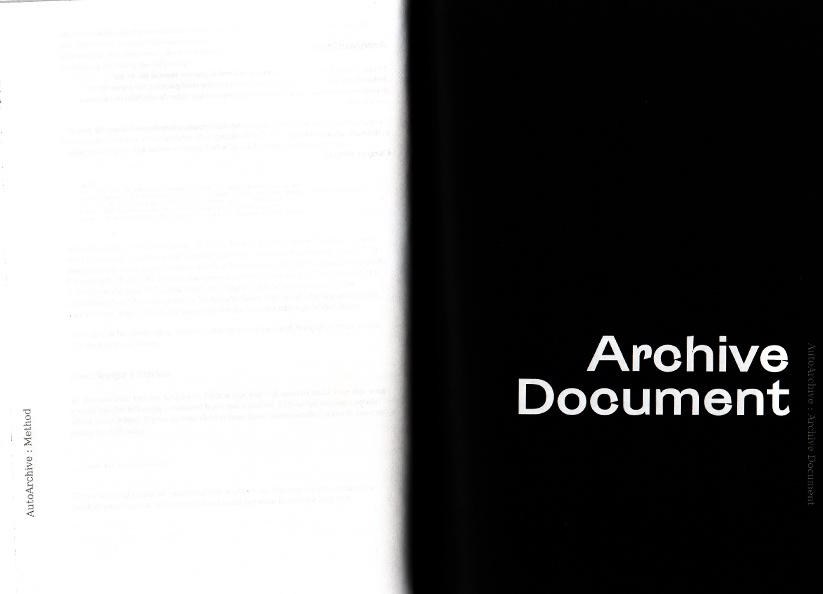 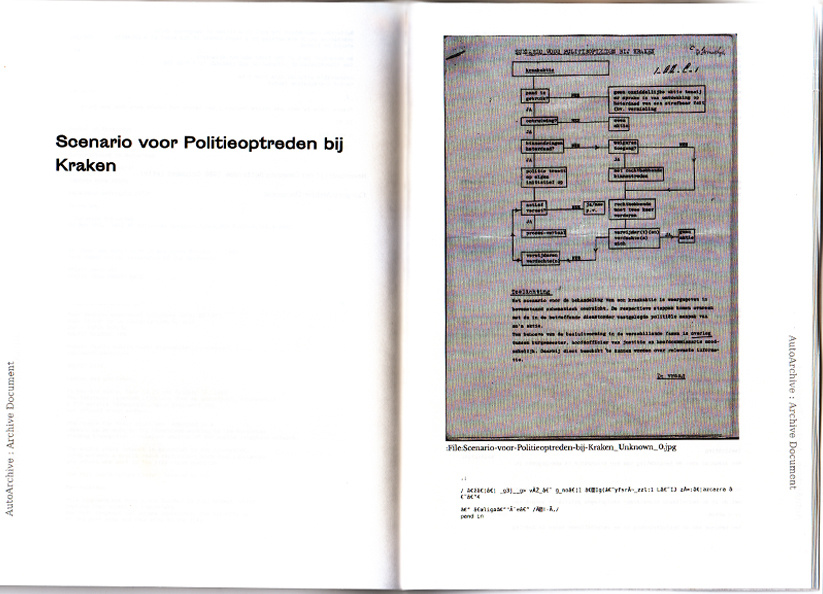 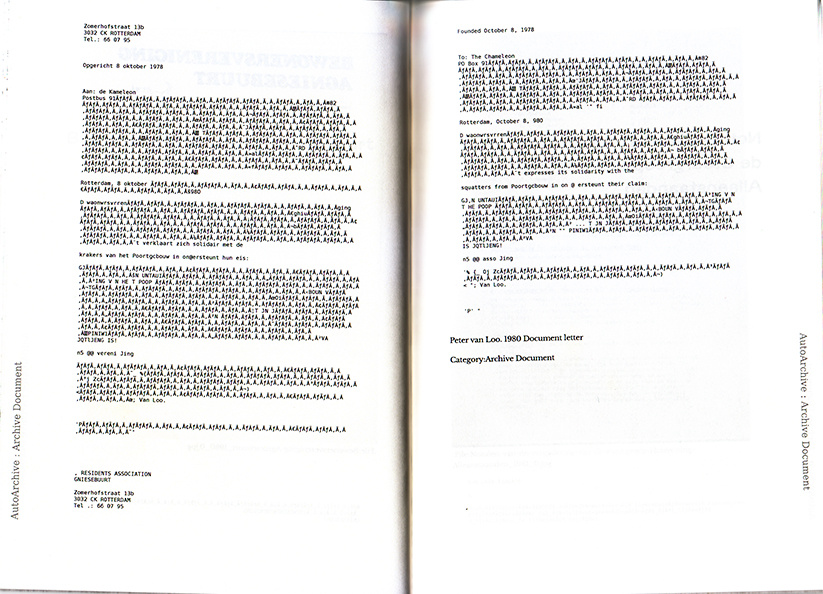 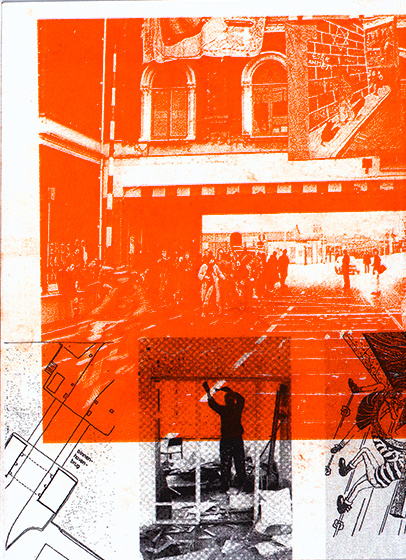 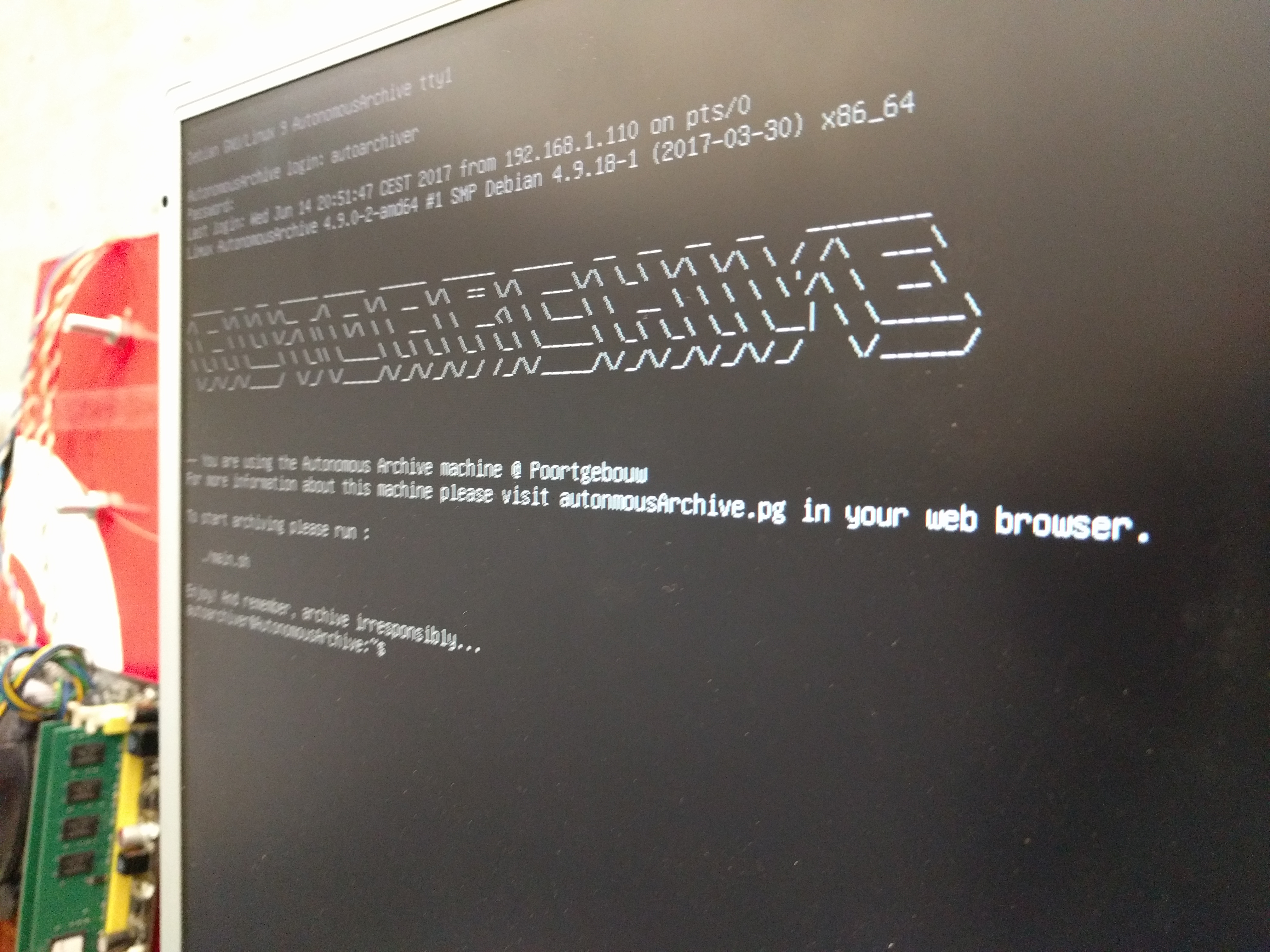 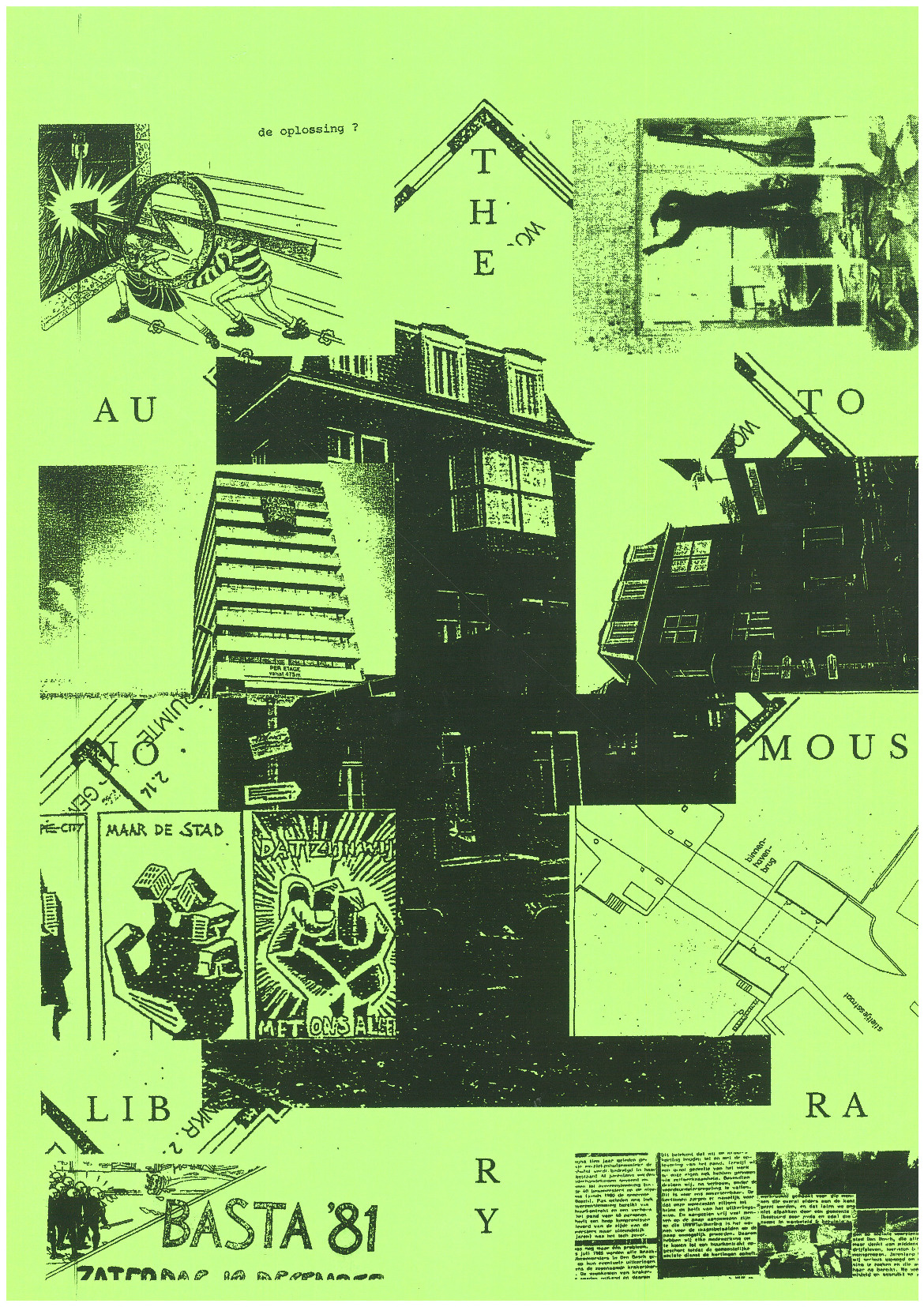 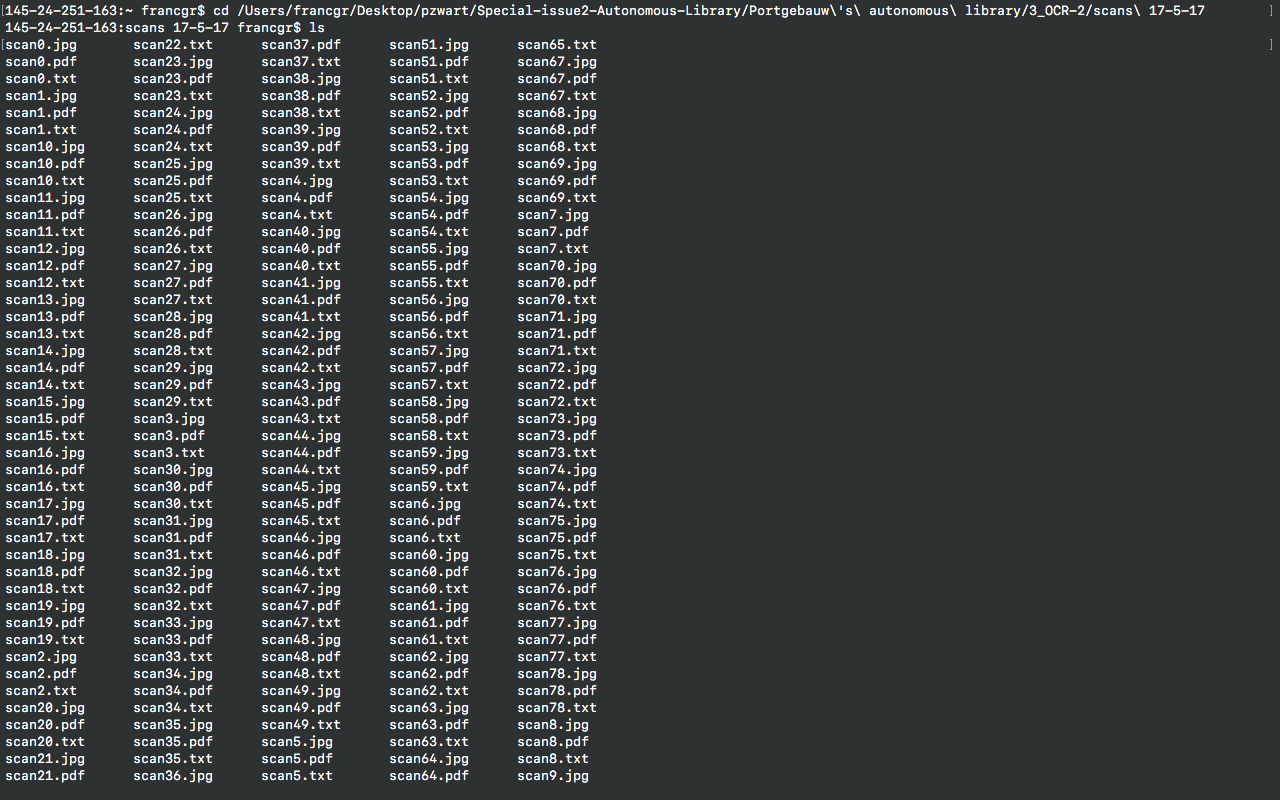 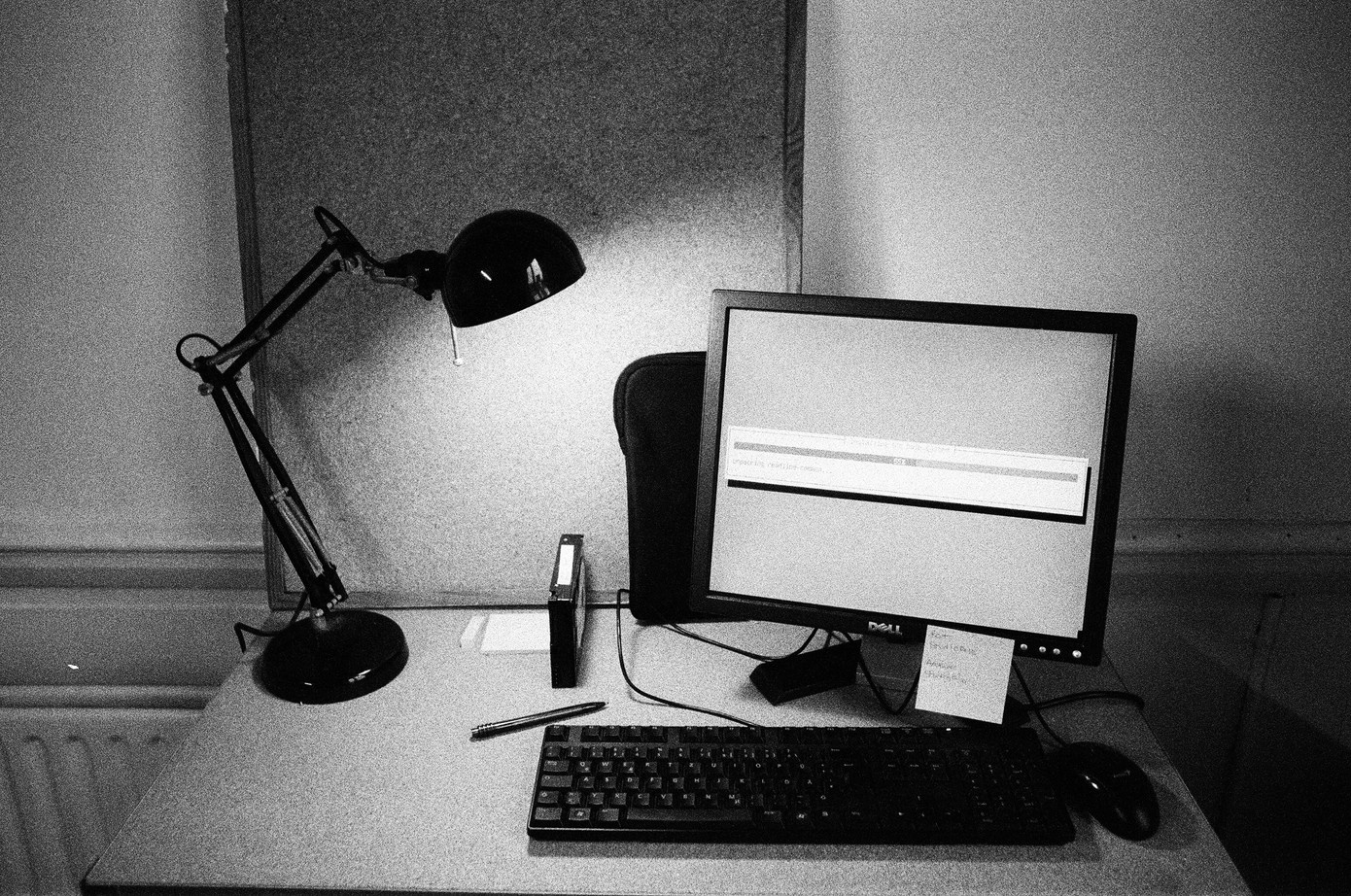 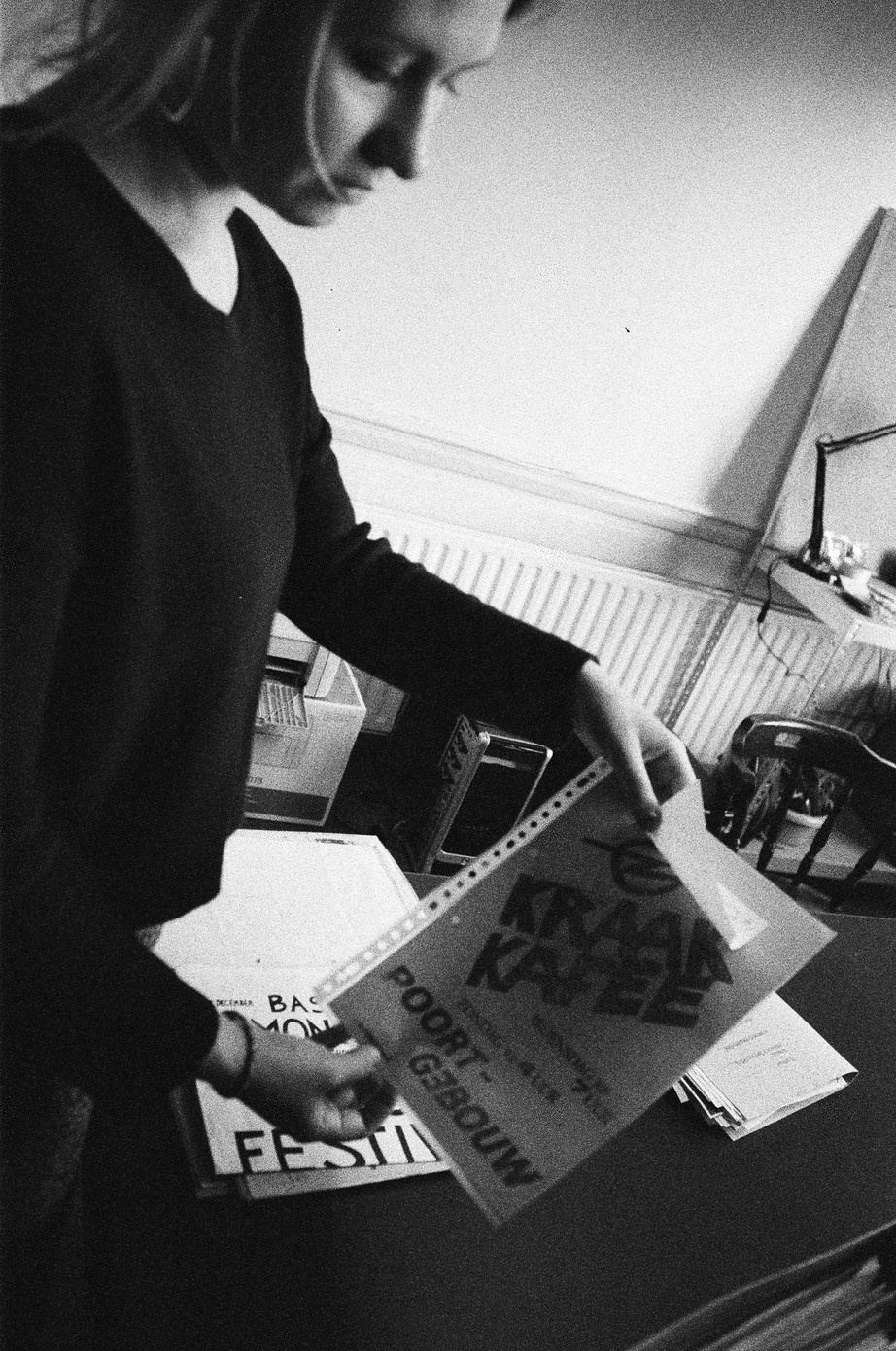 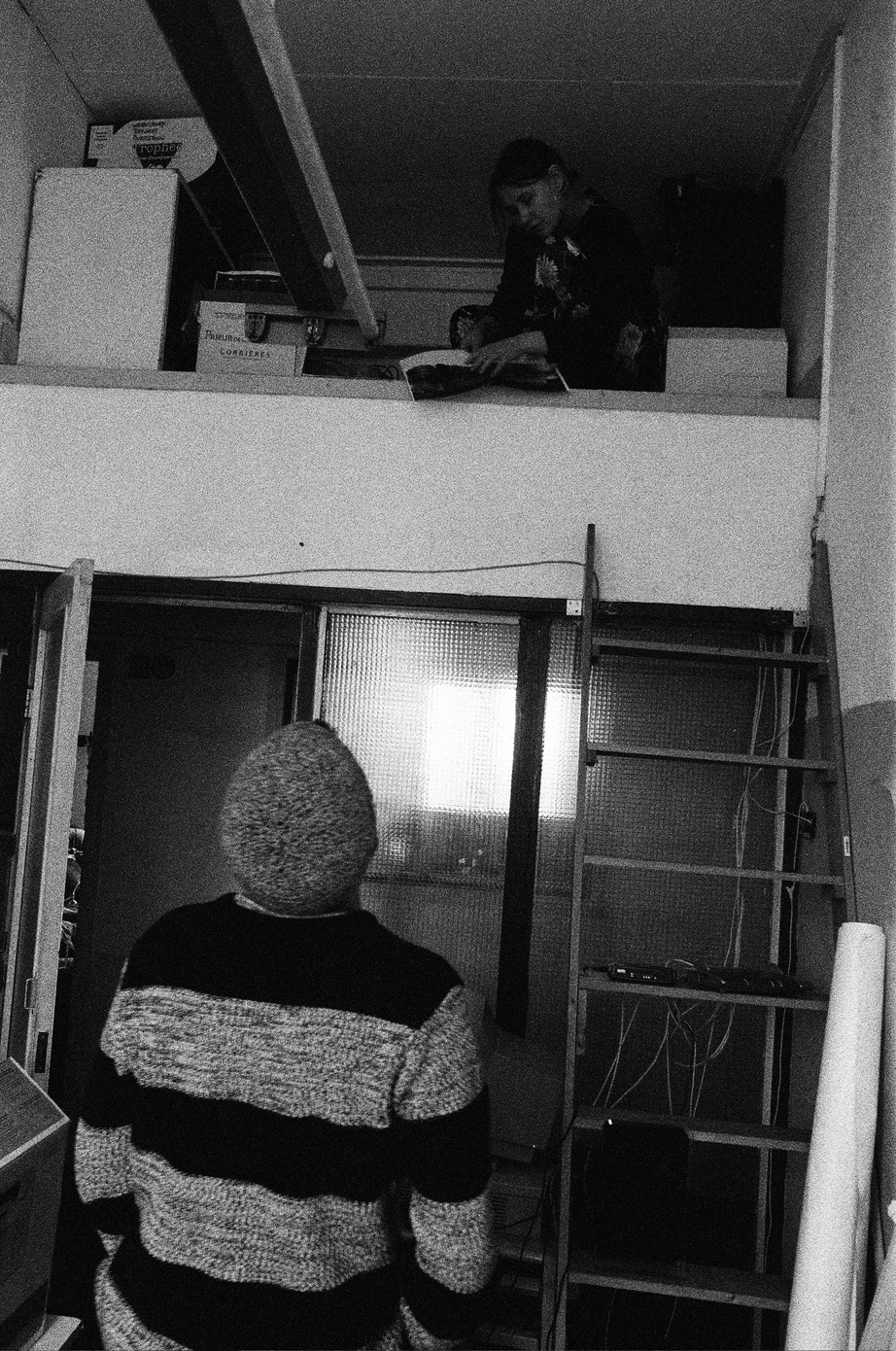 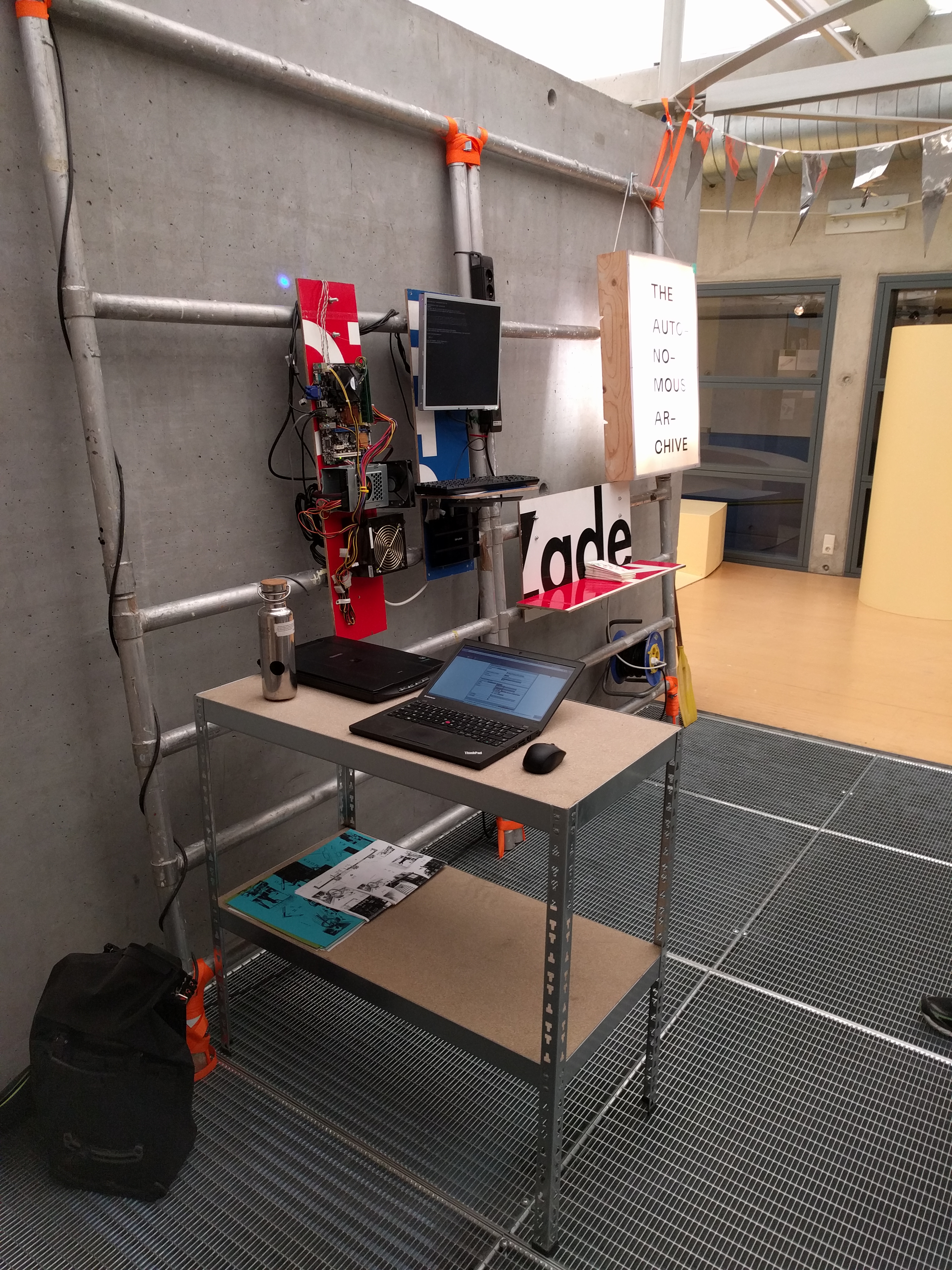