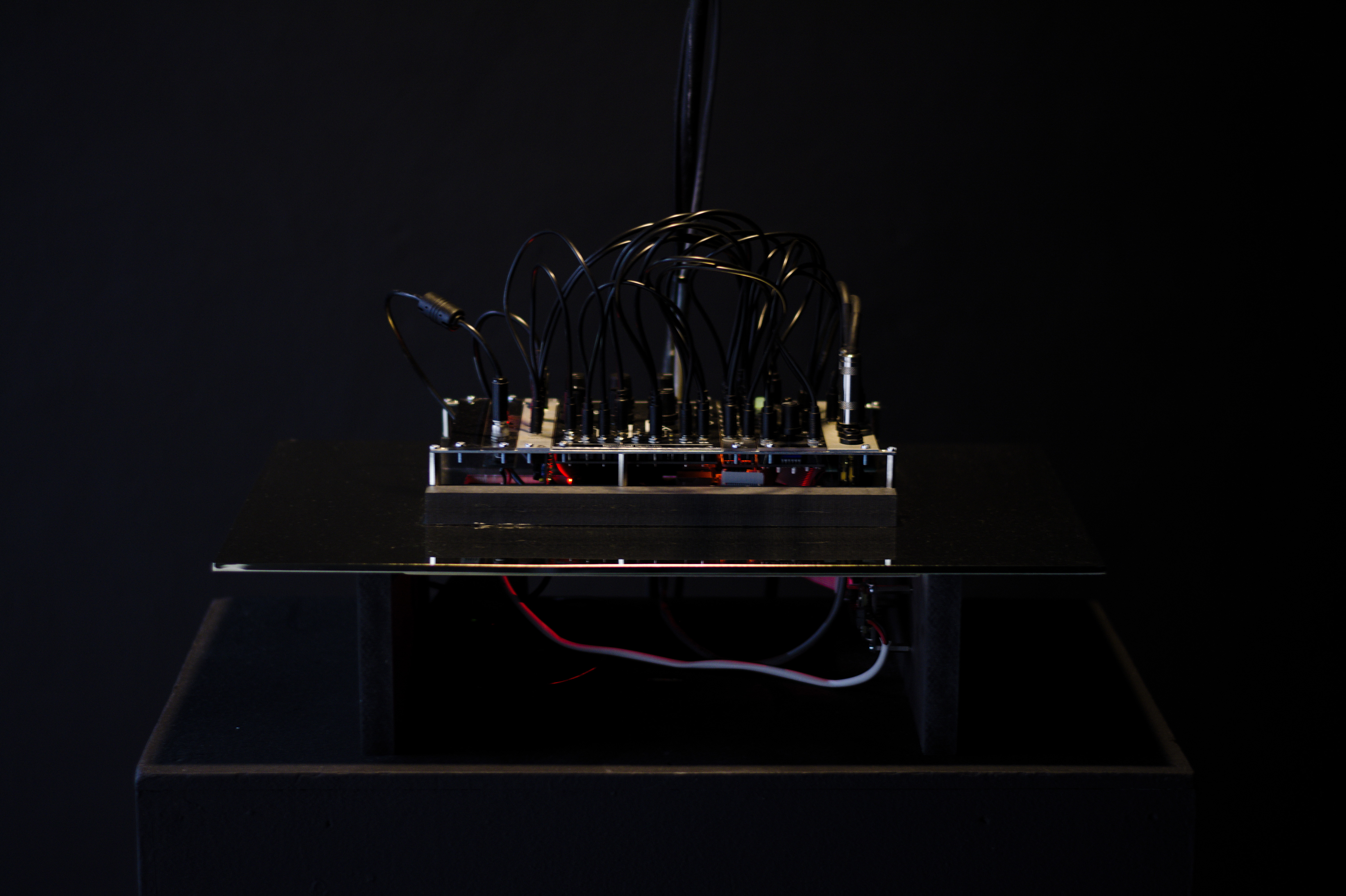 A Container in Two Movements

A synthesiser and a record player play the role of black boxes. Black boxes contain systems of whose function is only apparent by the deduction of its inputs and outputs. Every day devices such as phones, online services, and algorithms have this inaccessibility built into them by design, excluding us from understanding the breadth of their intentions and full functionality. Without our knowledge or understanding, they harvest data, share our information, or profile us and the communities in which we live.

This work plays with, and raises discussion on, how we are complicit in this relationship. It highlights how designed inaccessibility is reinforced through consistent use of devices and systems that have been designed to exploit us. I have taken two devices synonymous with a long history of sound making, one as instrument, the other distribution and ingest. Viewers and listeners may accept these devices from apparent input and outputs, bringing their preconceptions of these devices to them. However, just like the systematically complex devices that we use every day, these doppelgangers are more nuanced than they first appear.

A record plays sound waves cut into grooves of vinyl that are read through a stylus into analogue audio. This record player appears to be functioning as expected, however the record is not playing audio data. The record contains digital data, used to synthesise audio through custom software. In place of the audio being a physical attribute of the record, the record player stands in as a speaker, resonating the analogue audio through its structure. The physicality of the audio interferes with the reading of the data on the record, causing it to skip, manifesting in errors or forcing the software to re-read the record.

The modular synthesiser embodies a long history of generative music composition and performance. This device acts as intended. When knobs are turned, patch cables moved, a generative synthetic sound is emitted, ready to construct, record or perform a piece of music. However, the iteration in front of the manipulators and listeners is also a stage for live external performance as well as a tool for live mass distribution. Inside, a computer live streams audio in and out, anonymous performers are unseen workers overlooked as part of the synthesiser. The device's internal working are hidden discernible solely from its inputs and outputs. In both instances it is important that the user unaware of what is happening inside the black box until they are inspired to seek further information. The distribution of this knowledge is done in the same way that open-source culture shares code and builds communities, accessible to all who are willing to break open the box (metaphorically). I want to encourage us to question the black boxes that we work with, so that we may stop being complicit and seek more transparent alternatives. The installation introduced this to an audience as they experience these systems through learning how the installation works. 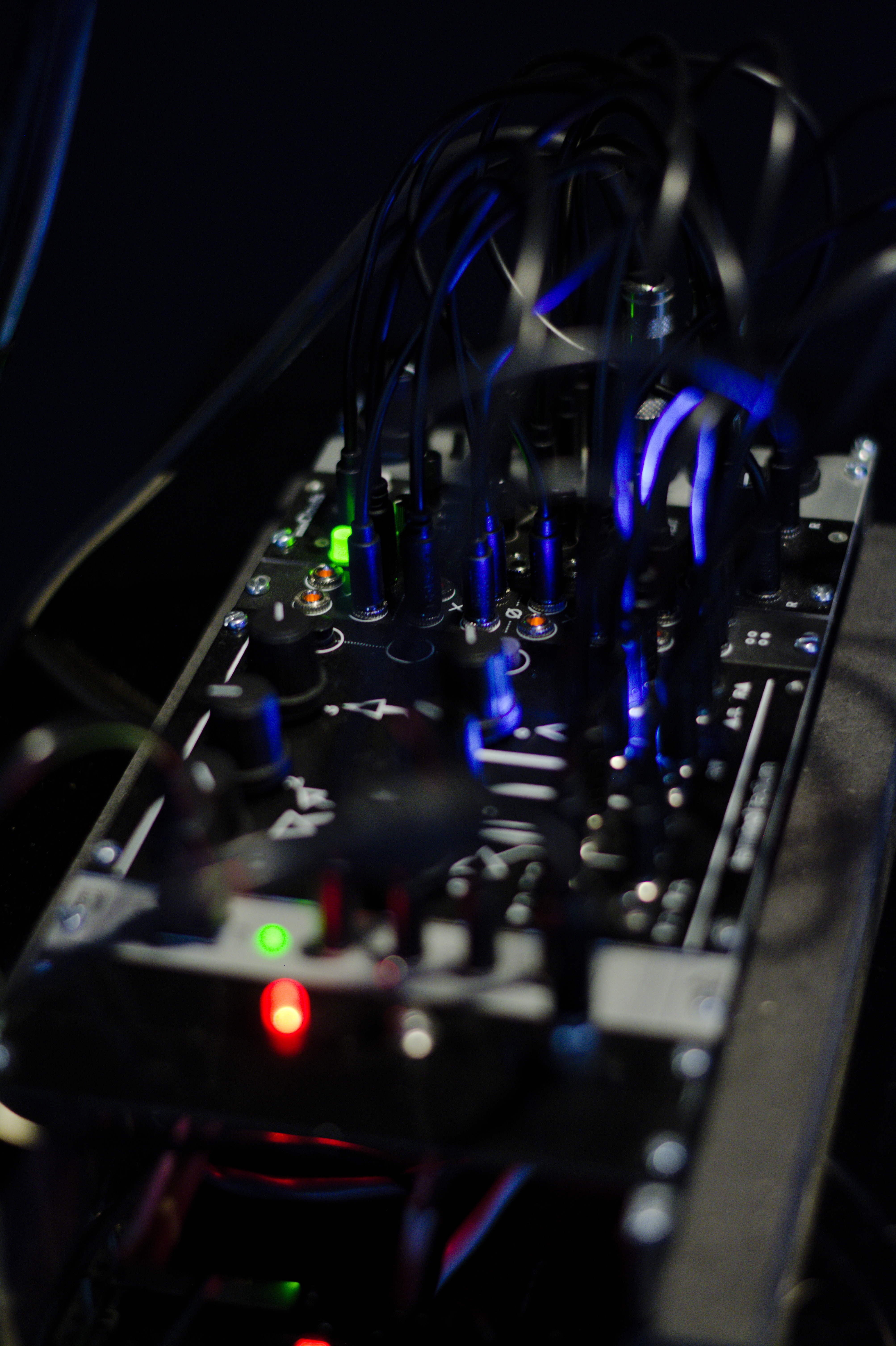 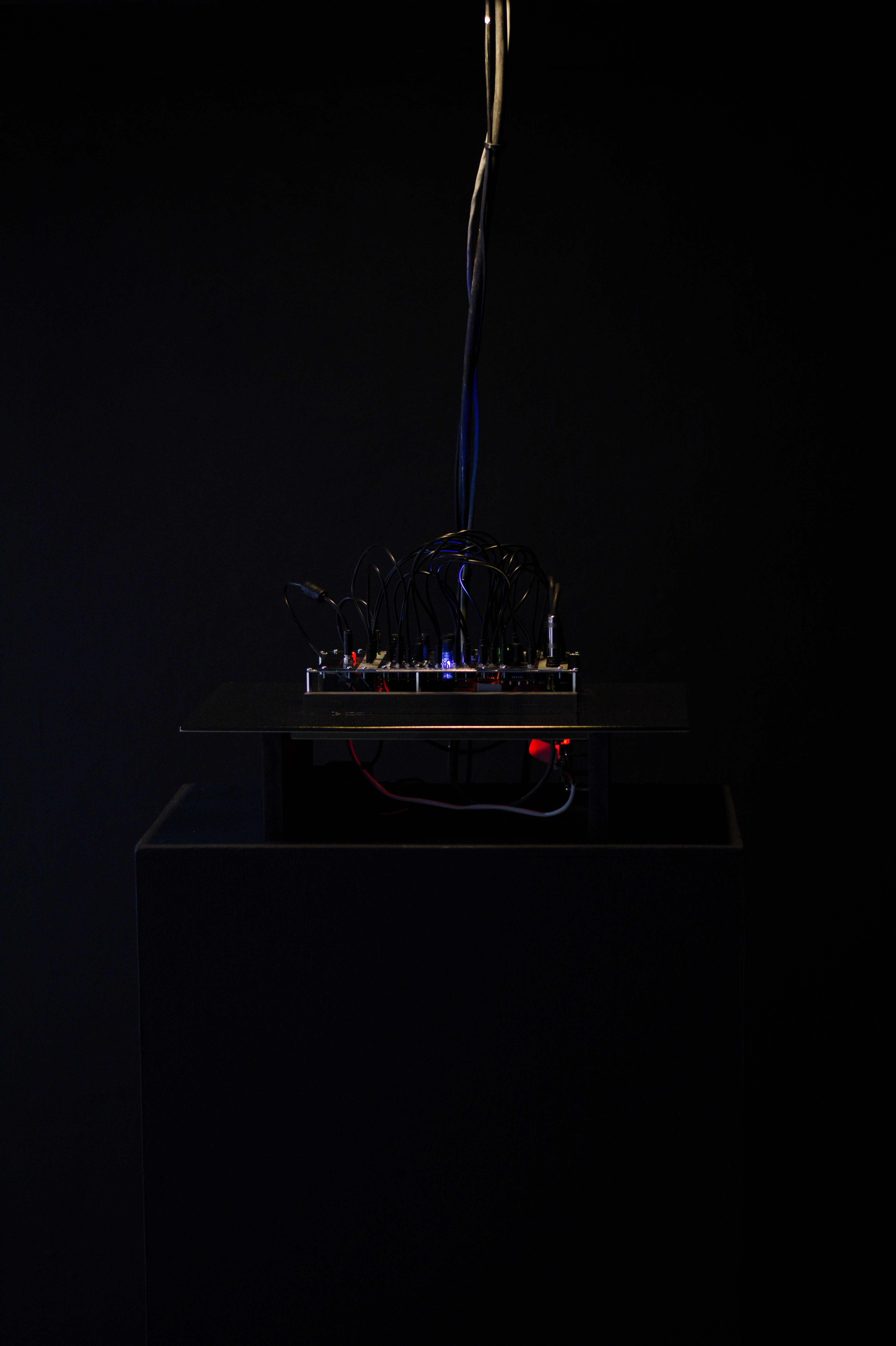