Tetra Gamma Circulaire 3 was a collaborative work between De Player and the Experimental Publishing Master's path at the Piet Zwart Institute.

The core theme of the publication was the investigation on score. What is a score's function, historically, and how it can be interpreted today.

I drew on previous experience with music performance, theory and composition, and decided to continue to explore themes that I had previously been investigating - primarily improvisation.

My piece, Euclid, is an improvisational instrument that aims to explore musical improvisational exploration. It is designed to allow the player to explore its musical possibilities, while requiring active experimentation to master its interface. The music produced by Euclid are based upon Euclidian rhythms, a mathematical system that generates traditional rhythmic patterns. Rather than a noise instrument, the musicality encourages continuous compositional exploration and creates a dialogue between performer and instrument.

The end result was an interactive, improvisational, chaotic music machine. Its score, a mash of software and numbers, humanly unintelligible, and musically irreproducible.

This project was the catalyst for my Master's thesis, final project and now forms the base of my current practice and research. 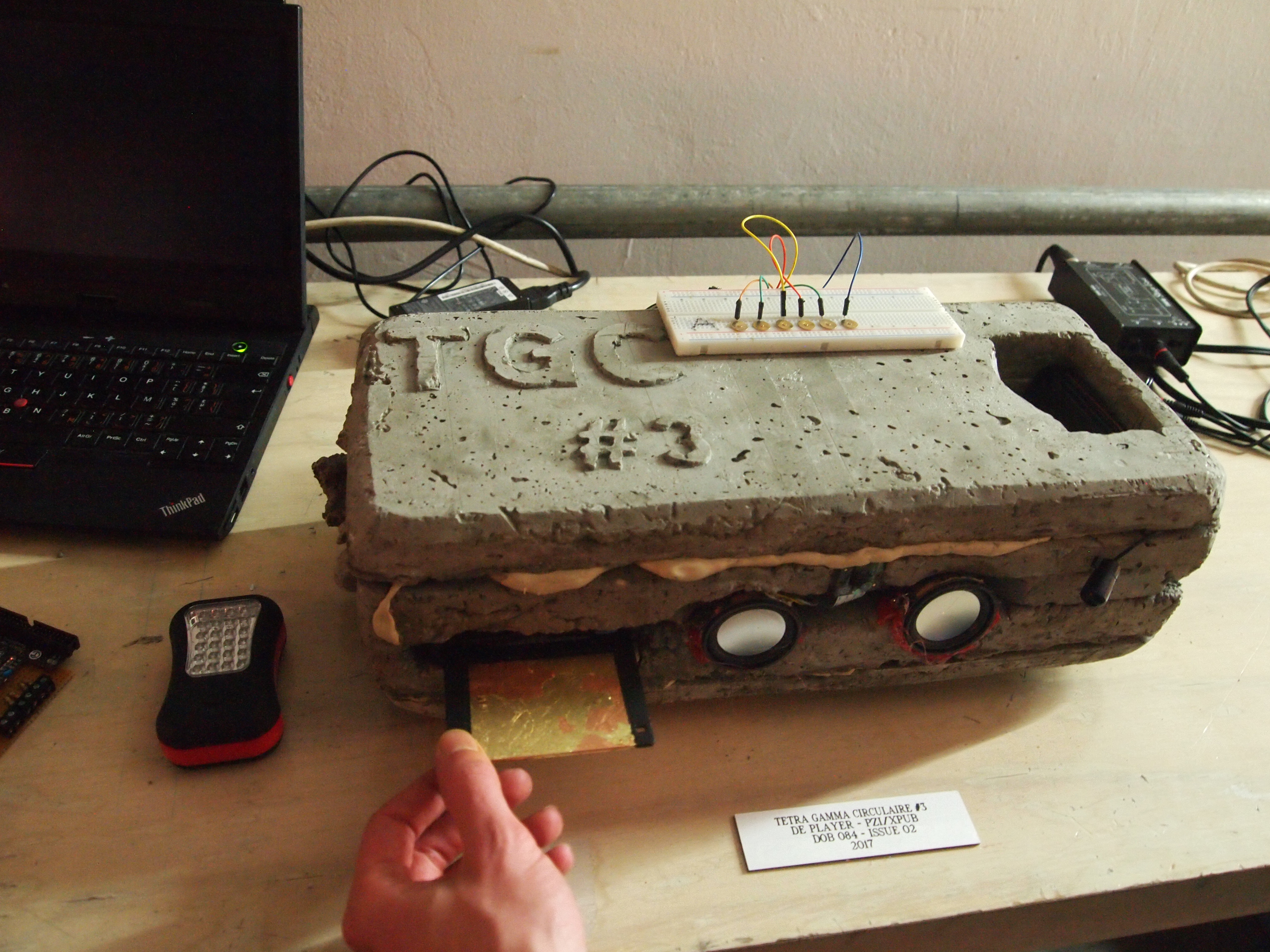 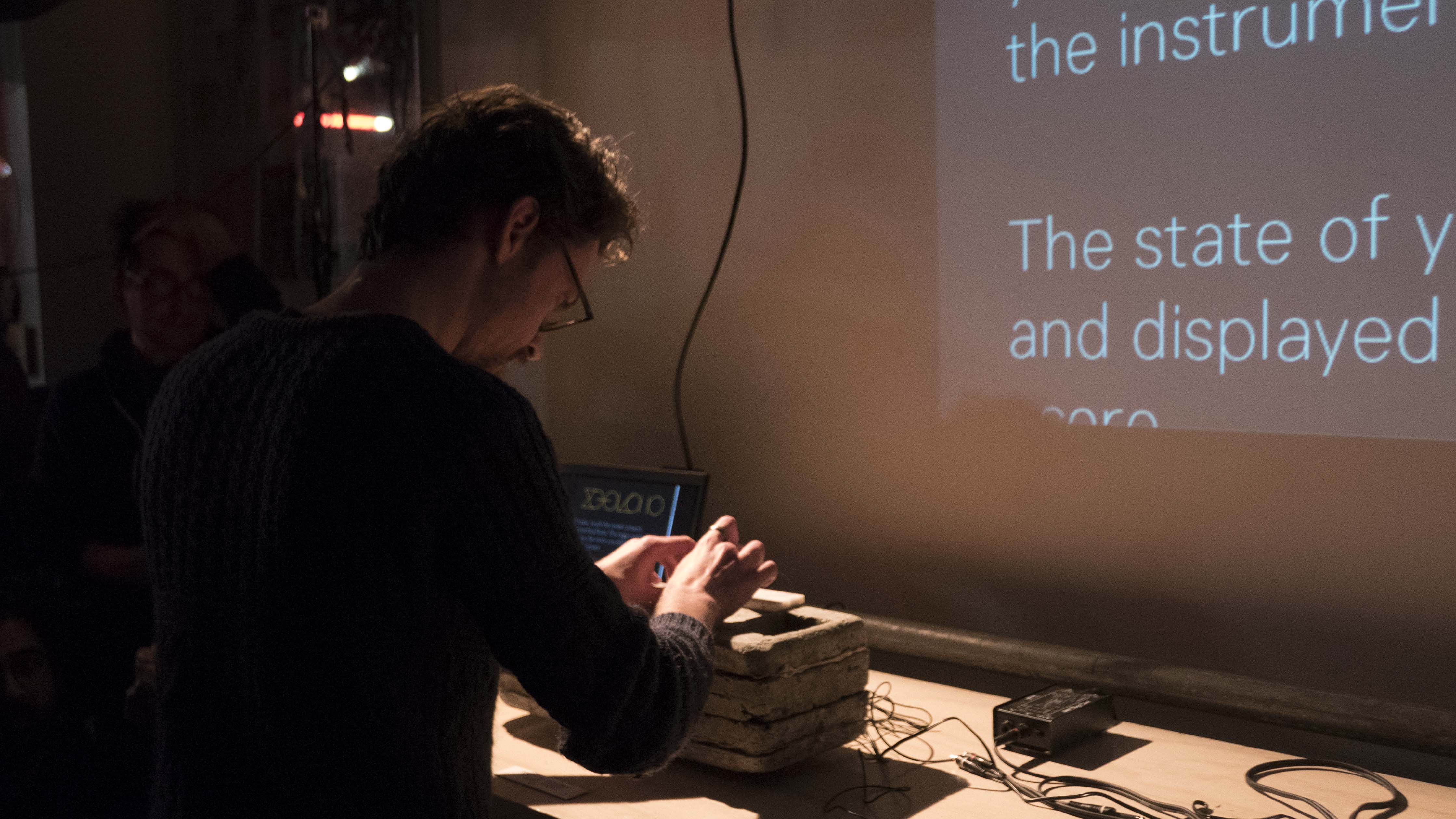 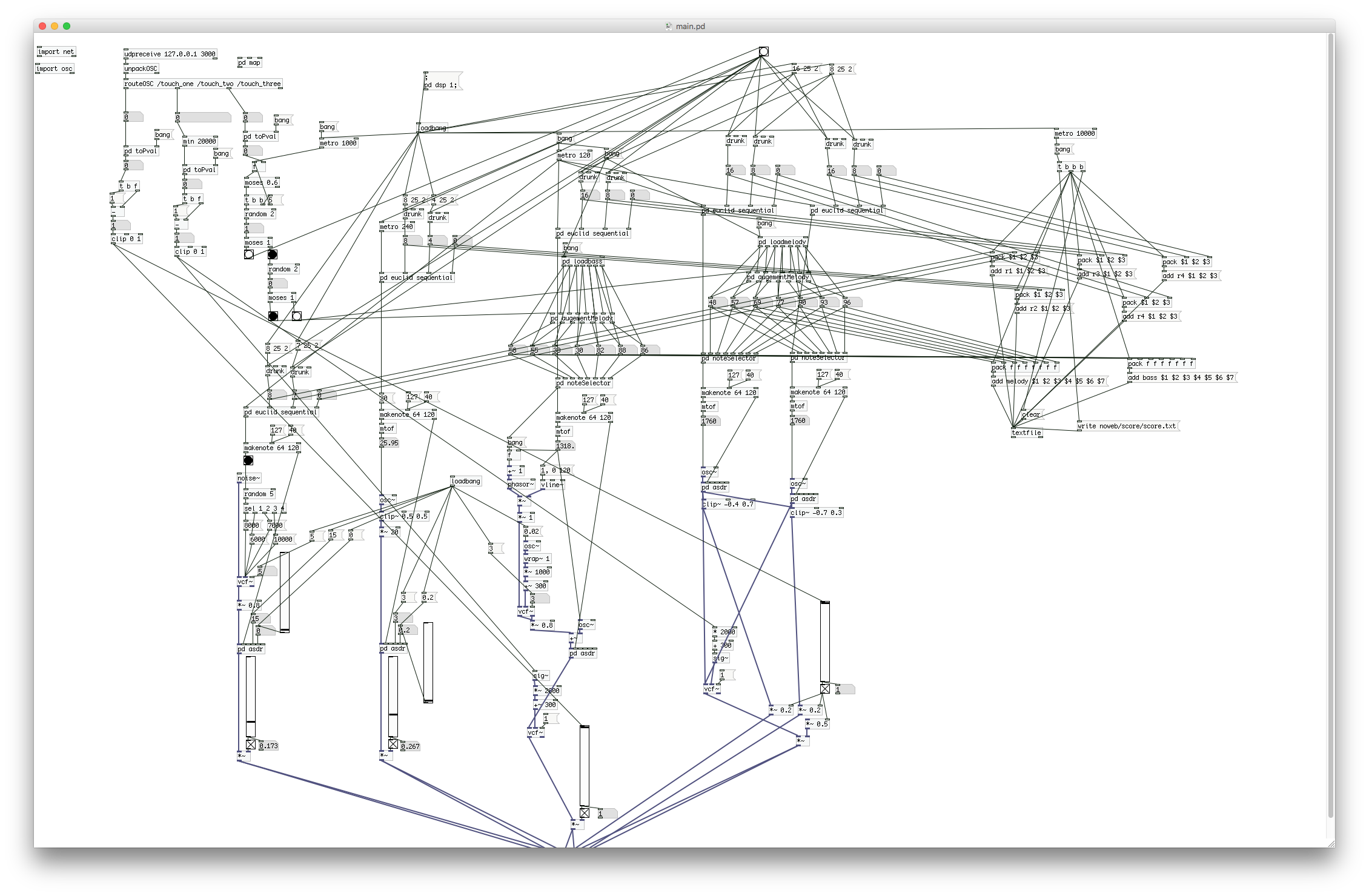